Postman is a rest API helper app that is available as a Chrome extension or as a packaged app. Postman lets you build HTTP requests piece by piece, and is particularly interesting to our testing team because it allows you to switch context quickly through the use of “environments.” Postman also has some upgrades that can turn a simple API query into a powerful test that can run in several environments. 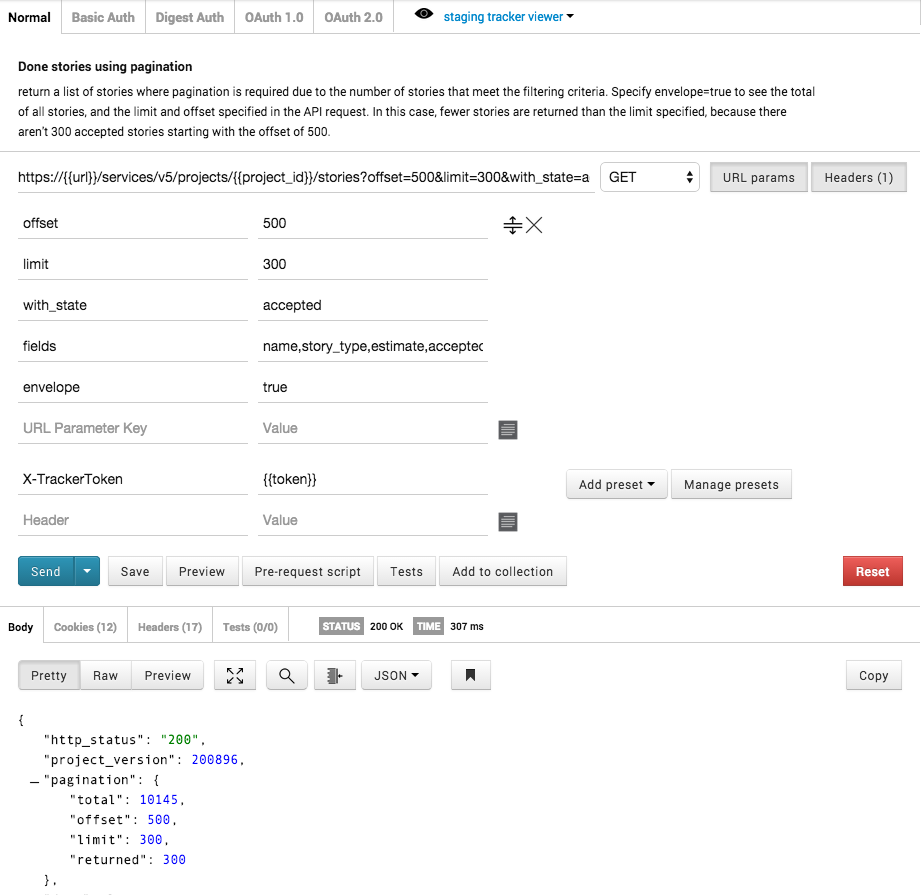 Why use Postman instead of cURL or something else?

We’ve been using Postman on a daily basis on the Tracker test team. We have multiple test environments in various stages of release, and Postman makes comparing responses to the same query in different environments simple and fast. We can also throw in some ad hoc tests with the JetPacks upgrade.

We can organize our requests and easily save variations. You know that go-to text file where you keep all of your cURL examples? Postman is a lot like that file, except you can easily find an example and you don’t have to export variables and cut and paste to the command line. Postman does make it easy for you to translate your request into cURL if you’re more comfortable with the command line, and you can also import that go-to text file to build your own collection.

What is a collection?

A collection is simply a group of requests, saved as a JSON file, that you can import and export from Postman. You can also import cURL commands. A collection can be subdivided into folders for more organization, and once you’ve imported a collection, you can access any request in the collection and modify it however you’d like.

In a recent Hack Week, the test team decided to deliver a (fairly) complete set of examples for the Tracker v5 API to supplement the examples in our API docs here.

We get quite a few compliments on our API documentation, so we didn’t want to reinvent the wheel. Instead, the examples in the collection are meant to extend the examples in the API docs and illustrate the use of advanced features like filtering, pagination, and other ways to customize your response.

How do I get the Tracker v5 API collection?

The Tracker v5 API collection is in a public repo on GitHub here. The README (hopefully) contains everything you need to know to get started!

Tags: API How to