Velocity Is Not the Goal

How is my team doing? How much have they done? Inevitably, after your team starts to make progress using an agile methodology, you’ll find yourself wanting to measure that progress. And as soon as you start to look at how to measure agile teams, you’ll encounter velocity.

Velocity is a simple way to measure how many points a team completed during the previous iteration. In fact, it can even be used to forecast how many points that same team is likely complete in the next iteration.

Velocity is clean, simple, and easy to understand. In fact, it’s so simple, it’s easy to get attached to.

The dangers of velocity

A team that posts a high velocity in their iteration is often treated as very valuable to their organization. But when that team can’t maintain that velocity iteration after iteration, they’re often not quite as valuable as they first appeared.

When a team posts a high velocity one iteration, falls off dramatically the next, and then rebounds stronger in the following iteration, they become very hard to plan for. This is because even though we tend to place a strong emphasis on a team’s velocity, it’s not nearly as valuable a measure as a team’s predictability. 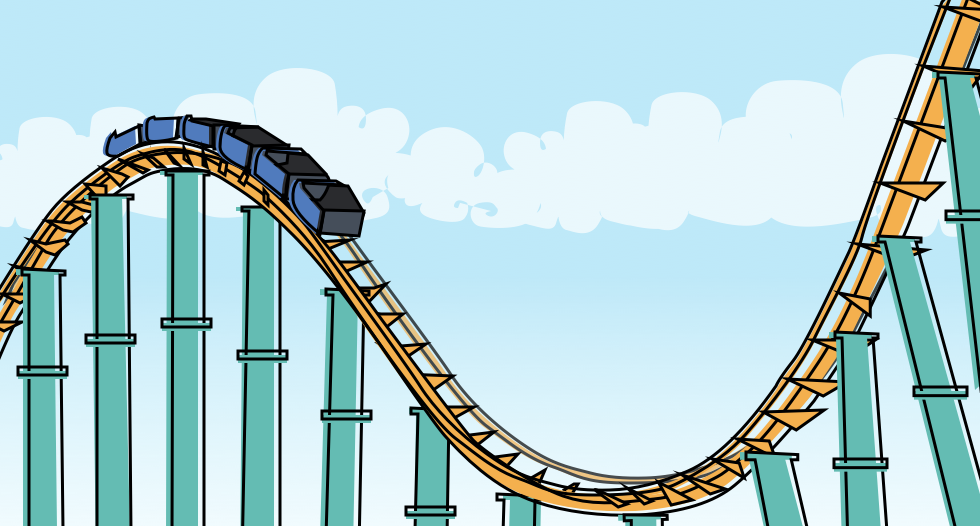 Rather than enabling a team to “go faster,” most agile processes are actually intended to reduce a team’s volatility. This is because the less volatile a team is, the more successfully we can plan for that team into the future. This allows us to plan with more confidence, take risks more intelligently, and formulate more realistic strategies based on what that team is likely to deliver in a given timeframe.

Understanding the cause of high volatility

A highly volatile velocity can lead to difficult planning for any team. This not only applies to long-term planning, such as release planning and roadmapping, but short-term planning, like iteration planning, will also suffer since the team won’t be able to accurately forecast how many points they can complete during a given iteration.

If your team seems to be experiencing high volatility, then it may be time to look upstream at your estimating process. Unpredictable velocities or missed forecasts are often the result of poor estimates at planning time. Even exceeding your forecast can be a symptom of poor estimating since your team may be overestimating the amount of work that they’ve selected for the iteration.

Predictability as a goal

Regardless of the hype surrounding “fast” agile teams, at the end of the day, agile is often more concerned with predictability than speed. Posting a high velocity for one iteration isn’t helpful if your team can’t sustain it into the next iteration. But by focusing on reducing its volatility and posting consistent velocity numbers iteration after iteration, your team can create success that will last long into the future, and certainly after the next iteration.