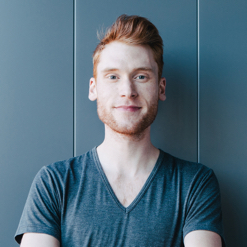 I recently read through the March 2017 iOS Security Guide and made a few notes—it’s quite dense! I thought I would share these notes so other people can benefit from the time I put in, too. Additions and clarifications from external sources where noted.

When new files are created on a device, they are automatically assigned a “Data Protection Class” that determines under what conditions the file may be read/written.

The Keychain is implemented as a database stored on the file system. There is only one keychain database, and the securityd daemon manages access.

On macOS, every new user is assigned a keychain called login.keychain. On iOS, there is one keychain used by all applications.

A keychain item has data (i.e., the stuff you want to keep secret) and metadata about the item.

Keychain items can be synced with iCloud by setting the kSecAttrSynchronizable attribute to kCFBooleanTrue. Shared items may only be used by apps with the same TEAM_ID.

On iOS, encrypted keychain items by default are not available when the device is locked. This behavior can be changed by assigning a Keychain Protection Class to a keychain item.

Keychain items can’t be shared between applications made by different developers.

Similar to file encryption, keychain items are assigned a Keychain Protection Class, which is:

The system will do a runtime signature check of any frameworks used by a third-party app to verify their authenticity.

(What a dig from the iOS Security Guide: “Unlike other mobile platforms, iOS doesn’t allow users to install potentially malicious unsigned apps from websites, or run untrusted code.”)

At runtime, the operating system will also verify the signature of paged memory to make sure it hasn’t been modified since last run. Intense.

Every third-party app is sandboxed—it gets its own filesystem container and can’t touch the containers of other apps. A new sandbox is generated and randomly assigned at app install.

If the app needs to access resources provided by the system, it does so through APIs provided by Apple, not through direct access to the filesystem/processes. Access to these resources is controlled through Entitlements.

By default, App Transport Security enforces the use of secure standards when communicating over the network. Apps must explicitly declare they wish to use insecure methods of communication.

How should I store sensitive information like passwords or API tokens?

The Security Guide recommends storing passwords in the keychain: “Many apps need to handle passwords and other short but sensitive bits of data, such as keys and login tokens. The iOS Keychain provides a secure way to store these items.”

What’s the point of the keychain?

They keychain allows you to: encrypt your secrets; allow/disallow access to secrets depending on the state of the device; and sync your secrets to iCloud by setting the kSecAttrSynchronizable attribute.

The iOS Security Guide is quite technical and complicated. If I missed or misrepresented any of the information in the guide you think is important, please leave a comment below!